Top 4 working-from-home pet peeves. Think it’s time to get back to the office?

Home|Business, Community, Work With Us|Top 4 working-from-home pet peeves. Think it’s time to get back to the office?
Previous Next

Top 4 working-from-home pet peeves. Think it’s time to get back to the office?

We can acknowledge that working from an office isn’t always perfect. Open plan office distractions, rows over the perfect aircon temp and the sometimes-pungent waft of your colleague’s reheated lunch can make office life a little unpleasant. But all that aside, there are some top frustrations emerging among work-from-homers that working from an office can help combat. Let’s do a little exploration shall we? 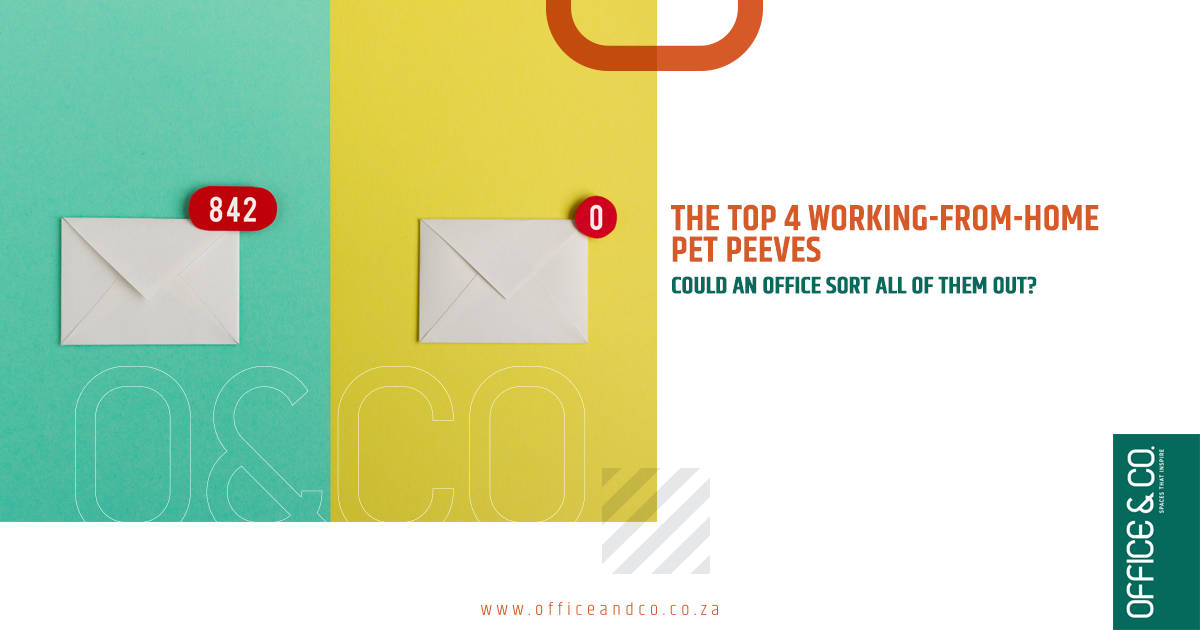 Sorting out an incorrectly labelled document or missing report would take all of five minutes to remedy if you were in the same office together. Why? Clarity of communication. Face to face it’s far easier to articulate yourself (and gesture to the document or filing cabinet in question). But since the rise in working from home we’ve resorted to the next best thing – email. Email. For. Everything.

Author of Deep Work Cal Newport believes this overreliance on email – as the communication medium to trump all – stifles concentrated, deep work. It’s worth quoting him at length:

It takes significantly less effort to shoot off quick messages, for example, than it is to more carefully plan your work day, figuring out in advance what you need, from whom, and by when. A consequence of this workflow is that an organisation’s tasks become entangled in a complicated network of dependencies with inbox-enslaved individuals…

This incessant communication fragments attention, leaving only small stretches left in which to attempt to think deeply, apply your skills at a high level, or otherwise perform well the core activity of [your job]… the inbox-bound lifestyle created by an unstructured workflow is exhausting and anxiety-provoking.

Freedom from a constant background hum of interaction [which email is] will increase the intensity of concentration achievable when people need to work deeply.

When you’re at the office, and working with colleagues in person, you’re far less likely to just send an email for the sake of it, and it’s also far less likely you’ll receive emails that a) you shouldn’t be a part of anyway and b) tickle your frustration with their meaningless content and typos.

2 – A workday that never seems to end

A study featured in the Harvard Business Review monitoring the length of workdays pre- and post-lockdown found in the weeks immediately after the start of lockdown, only half of employees were able to maintain a 10-hour workday or less, whereas nearly 80% had been able to do so previously. The workday is slowly creeping into what would have been lunch breaks, smoke breaks, sanity breaks and home time. An article by Bloomberg reported that homebound employees in the US are logging three additional hours per day on the job since the start of working from home. 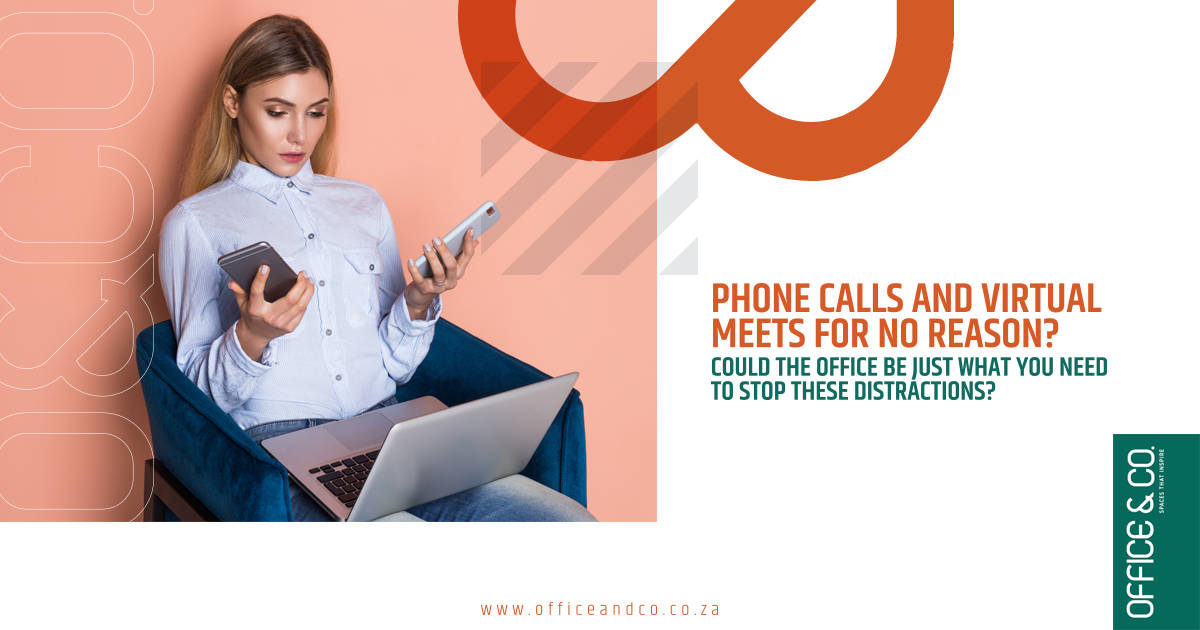 3 – The ‘no reason’ phone call and virtual meet

You cannot beat the power of chatting in person and we hazard a guess that seemingly pointless virtual face to faces and phone calls is one way employees are trying to reclaim a certain ‘feeling’ (we’ll get into this cryptic ‘feeling’ business in just a sec).

In a report sponsored by British Airways that surveyed over 2 300 people, the power of face to face continually came out tops for things like building and maintaining long-term relationships or as key to understanding ‘what’s really going on’ across the business whether that’s with customers or employees. But all those positives aside, the ‘feeling’ was best summed up by the New York Times who were quoted in the report:

“Face-to-face interactions are information-rich; we pick up how to take what someone says to us not just from their tone of voice and facial expression, but also their body language, pacing, as well as their synchronisation with what we do and say. Most crucially, our brain’s social circuitry mimics in our neurons what’s happening in the other person’s brain, keeping us on the same wavelength.”

That ‘feeling’? It’s being on the same wavelength. That’s what happens when you’re “elbow to elbow” to quote a survey participant. And of course, there may be social distancing constraints but you can still be, ah, elbow to elbow on opposite sides of the boardroom table. 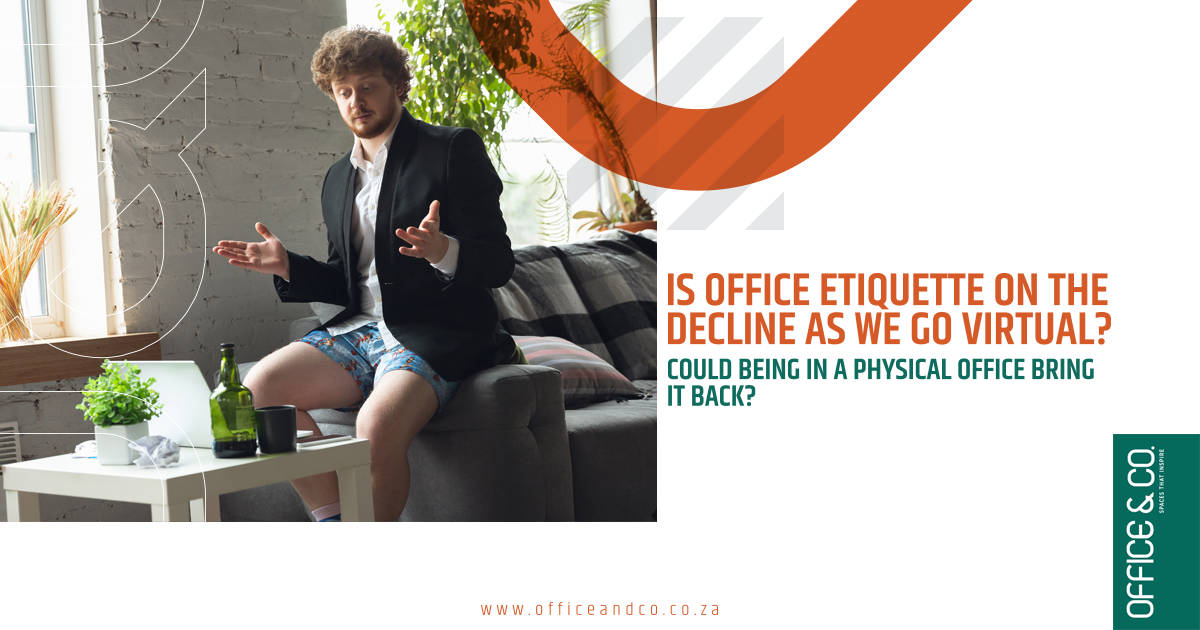 4 – A decline in office etiquette

By no means are we hoity-toity but we’re not the biggest fans of having to listen to the tiled echo of your bathroom while on a virtual call. Please don’t take us in there, virtually or otherwise, okay?

Whether your office is starched white shirt formal or a more jeans and joggers kind of place there was always (we hope) some level of professionalism being maintained.

Informality in the workplace is definitely on the rise and we don’t think it’s necessarily a bad thing, although according to etiquette guru Judith Martin this informality – knowing your boss on a ‘first-name’ basis, wearing loafers and after-hours socialising – have “destroyed the sense of boundaries that characterises professional behaviour.” We’re not sure we’d take it quite that far, but she makes a salient point about boundaries and their importance at work here: “If you flirt with somebody at a party, that person can’t have you arrested. But if you flirt at the office, it could cost you your job.” You need to know where the lines are drawn; “setting formal limits to behaviour reduces the chance of conflict from the outset” whether that conflict is interpersonal or has to do with company policy.

The lack of etiquette guidelines in the virtual work world is a problem. There are mounting examples of inappropriate virtual behaviour – from offensive video call backgrounds, to using crass language and wearing pyjamas to meet the CEO, people are losing professional perspective the longer they work outside the formal office environment. One example of lost perspective comes from Mindshare global CEO Nick Emery. Apparently Emery, who had been at the company since 1997, took a webcam into his toilet while on a Zoom call. Now you can’t tell me, had you been in a physical office, that you would have called a meeting with your team while on the loo? So why is it suddenly okay now? If Emery’s swift firing for breaching the company’s code of conduct through this stunt is anything to go by, it’s really not okay.

Another etiquette issue that’s arisen in how people believe you’re now indefinitely contactable. As one executive at JPMorgan Chase & Co reported, they now get “unapologetic messages from colleagues on nights and weekends.”

This is where an office aided in designating your ‘contactability’; unless it was a crisis, if you were out of the office you were simply out, and people respected that (for the most part).

So to combat these pet peeves and reclaim a few boundaries get back to the office we say! And of course, we’d highly recommend our functional, affordable, good-looking office spaces in Cape Town and Joburg when you decide to do it. We’re also fully COVID compliant and have coffee that’ll make you hum with pleasure. Explore our spaces today.

Contact us for a free consultation on your office space needs.

Please complete the form below and we will get back to you soonest. We look forward to discussing your office space requirements.

Please complete the form below and we will get back to you soonest. We look forward to discussing your office space requirements.

This website uses cookies to improve your experience while you navigate through the website. Out of these cookies, the cookies that are categorized as necessary are stored on your browser as they are essential for the working of basic functionalities of the website. We also use third-party cookies that help us analyze and understand how you use this website. These cookies will be stored in your browser only with your consent. You also have the option to opt-out of these cookies. But opting out of some of these cookies may have an effect on your browsing experience.
Necessary Always Enabled
Necessary cookies are absolutely essential for the website to function properly. This category only includes cookies that ensures basic functionalities and security features of the website. These cookies do not store any personal information.
Non-necessary
Any cookies that may not be particularly necessary for the website to function and is used specifically to collect user personal data via analytics, ads, other embedded contents are termed as non-necessary cookies. It is mandatory to procure user consent prior to running these cookies on your website.
SAVE & ACCEPT
Go to Top